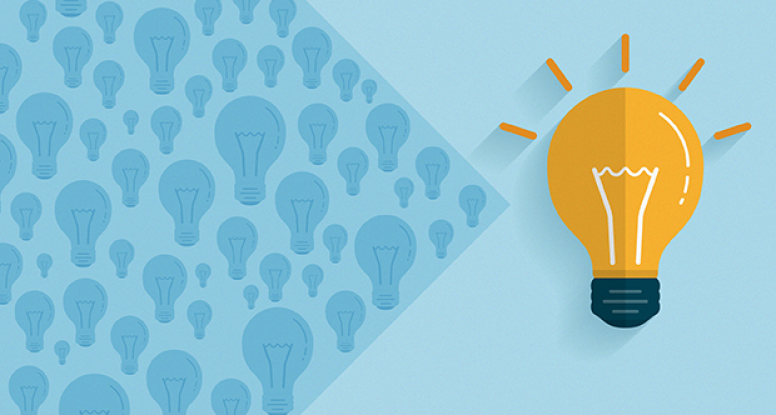 The field of data science is rapidly changing as new and exciting software and hardware breakthroughs are made every single day. Given the rapidly changing landscape, it is important to take the appropriate time to understand and investigate some of the underlying technology that has shaped and will shape, the data science world. As an undergraduate data scientist, I often wish more time was spent understanding the tools at our disposal, and when they should appropriately be used. One prime example is the variety of options to choose from when picking an implementation of a Nearest-Neighbor algorithm; a type of algorithm prevalent in pattern recognition. Whilst there are a range of different types of Nearest-Neighbor algorithms I specifically want to focus on Approximate Nearest Neighbor (ANN) and the overwhelming variety of implementations available in python.

My first project with my internship at GSI Technology explored the idea of benchmarking ANN algorithms to help understand how the choice of implementation can change depending on the type and size of the dataset. This task proved challenging yet rewarding, as to thoroughly benchmark a range of ANN algorithms we would have to use a variety of datasets and a lot of computation. This would all prove to provide some valuable results (as you will see further down) in addition to a few insights and clues as to which implementations and implementation strategies might become industry standard in the future.

Before we continue its important to lay out the foundations of what ANN is and why is it used. New students to the data science field might already be familiar with ANN’s brother, kNN (k-Nearest Neighbors) as it is a standard entry point in many early machine learning classes.

Red points are grouped with the five (K) closest points.

kNN works by classifying unclassified points based on “k” number of nearby points where distance is evaluated based on a range of different formulas such as Euclidean distance, Manhattan distance (Taxicab distance), Angular distance, and many more. ANN essentially functions as a faster classifier with a slight trade-off in accuracy, utilizing techniques such as locality sensitive hashing to better balance speed and precision. This trade-off becomes especially important with datasets in higher dimensions where algorithms like kNN can slow to a grueling pace.

Because of the limitations of kNN such as dataset size and dimensionality, algorithms such as ANN become vital to solving classification problems with these kinds of constraints. Examples of these problems include feature extraction in computer vision, machine learning, and many more. Because of the prominence of ANN, and the range of applications for the technique, it is important to gauge how different implementations of ANN compare under different conditions. This process is called “Benchmarking”. Much like a traditional experiment we keep all variables constant besides the ANN algorithms, then compare outcomes to evaluate the performance of each implementation. Furthermore, we can take this experiment and repeat it for a variety of datasets to help understand how these algorithms perform depending on the type and size of the input datasets. The results can often be valuable in helping developers and researchers decide which implementations are ideal for their conditions, it also clues the creators of the algorithms into possible directions for improvement.

Open Source to the Rescue

Beginning the benchmarking task can seem daunting at first given the scope and variability of the task. Luckily for us, we are able to utilize work already done in the field of benchmarking ANN algorithms. Aumüller, Bernhardsson, and Faithfull’s paper ANN-Benchmarks: A Benchmarking Tool for Approximate Nearest Neighbor Algorithms and corresponding GitHub repository provides an excellent starting point for the project.

Bernhardsson, who built the code with help from Aumüller and Faithfull, designed a python framework that downloads a selection of datasets with varying dimensionality (25 to nearly 28,000 dimensions) and size (few hundred megabytes to a few gigabytes). Then, using some of the most common ANN algorithms from libraries such as scikit-learn or the Non-Metric Space Library, they evaluated the relationship between queries-per-second and accuracy. Specifically, the accuracy was a measure of “recall”, which measures the ratio of the number of result points that are true nearest neighbors to the number of true nearest neighbors, or formulaically:

Using the project, which is available for replication and modification, I went about setting up the benchmark experiment. Given the range of different ANN implementations to test (24 to be exact), there are many packages that will need to be installed as well as a substantial amount of time required to build the docker environments. Assuming everything installs and builds as intended the environment should be ready for testing.

As you can see from the two side by side plots of algorithm accuracy vs algorithm query speed there are some differences between my results and Bernhardsson’s. In our case, there are 18 functions plotted as opposed to 15 in the other. This is likely because the project has since been updated to include more functions following Bernhardsson’s initial tests. Furthermore, the benchmarking was performed on a different machine to Bernhardsson’s which likely produced some additional variability.

In contrast to the well-performing graph-based implementations, we can see BallTree(nmslib) and rpforest both of which in comparison are quite underwhelming. BallTree and rpforest are examples of tree-based ANN algorithms (a more rudimentary form of a graph-based algorithm). BallTree specifically is a hybrid tree-partition algorithm combining the two methods for the ANN process. It is likely a series of reasons that cause these two ANN algorithms to perform poorly when compared to HNSW or NTG-onng. However, the main reason seems to be that tree-based implementations execute slower under the conditions of this dataset.

One advantage our benchmark experiment had over Bernhardsson’s is our tests were run on a more powerful machine. Our machine (see appendix for full specifications) utilized the power of 2 Intel Xeon Gold 5115’s, an extra 32 GBs of DDR4 RAM totaling 64 GBs, and 960 GBs of solid-state disk storage which differs from Bernhardsson’s. This difference likely cut down on computation time considerably, allowing for faster benchmarking.

A higher resolution copy of my results can be found in the appendix.

Overall, my first experience with benchmarking ANN algorithms has been an insightful and appreciated learning opportunity. As we discussed above there are some clear advantages to using NTG-onng and hnsw(nmslib) on low dimensional smaller datasets such as the glove-25-angular dataset included with Erik Bernhardsson’s project. These findings, whilst coming at an immense computational cost, are none the less useful for data scientists aiming to tailor their use of ANN algorithms to the dataset they are utilizing.

Whilst the glove-25-angular dataset was a great place to start I would like to explore how these algorithms perform on even larger datasets such as the notorious deep1b (deep one billion) dataset which includes one billion 96 dimension points in its base set. Deep1b is an incredibly large file that would highlight some of the limitations as well as the advantages of various ANN implementations and how they trade-off between query speed and accuracy. Thanks to the hardware provided by GSI Technology this experiment will be the topic of our next blog.